david bowen: keeper of the flame 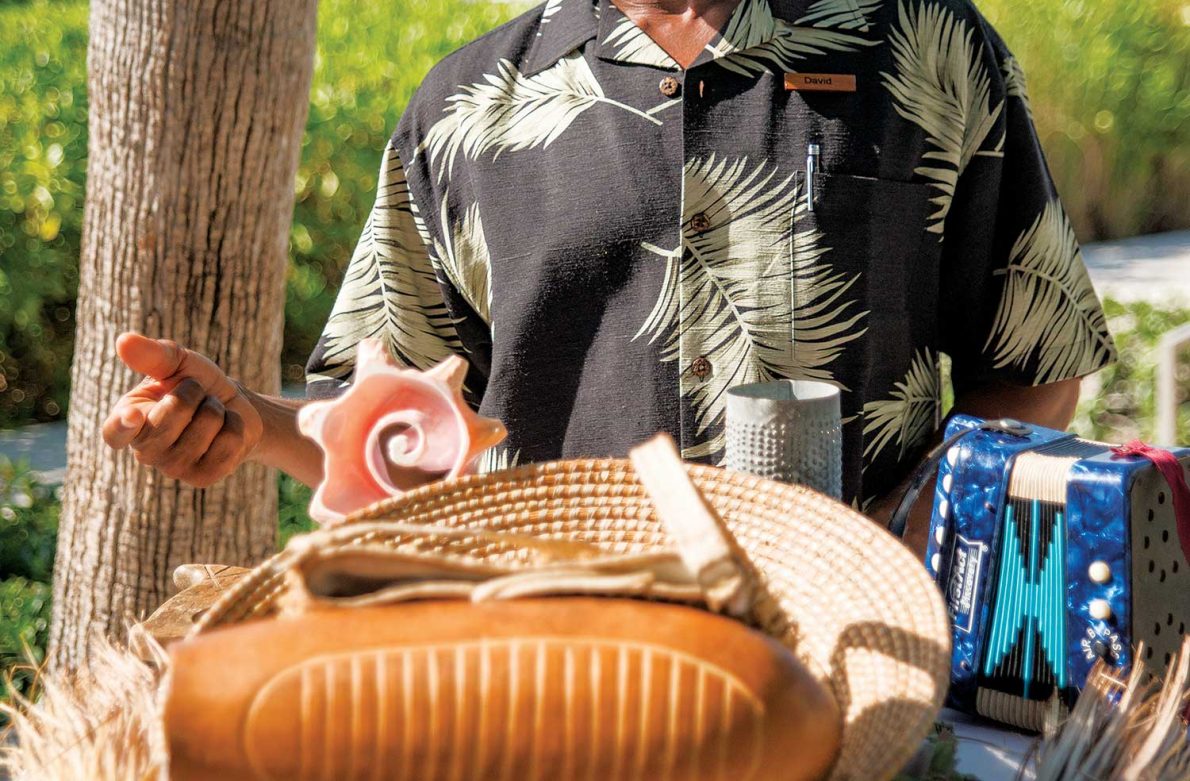 In the presentations native Islander David Bowen gives visitors about the culture and history of the Turks and Caicos, more than words spin the tales.

Conch shells, pearlescent and bright, sing out long-distance messages from the past. Fibers and grains evoke the fading eras of cotton and salt. He moves as he speaks, too, summoning the Africa-based origins of the islands’ distinctive “rake and scrape” music.

There is, in all of it, just a hint of magic.

Then again, what sly performer isn’t a bit of magician? What memorable performance is nothing but summary and recitation? 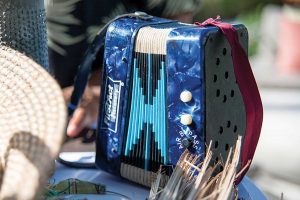 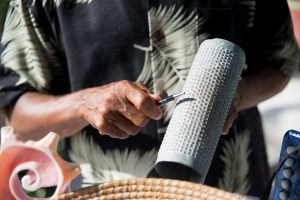 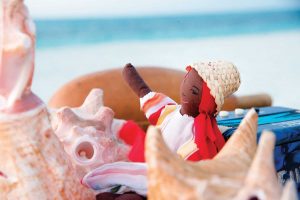 Bowen’s performances – honed, refined, then renewed, again and again – have been sharing TCI culture for the past 15 years. They began as a function of his job as the na­tion’s Director of Culture, a post that found him not long after he returned to the islands following a successful international career as a dancer.

But last fall, Bowen’s career took a new turn: He departed his government job for a new role with Grace Bay Resorts: Director of Wellness, Culture & Entertainment.
They call him “Mr. TCI.”

The beauty of the Turks & Caicos is widely known, said Grace Bay Resorts COO Nikheel Advani. But the company saw a need for Bowen’s unique skills.

“What’s not so well known is that there is an equally spectacular, diverse and fascinat­ing local culture across our 40 islands—and tapping into these authentic experiences is something our guests have told us is impor­tant to them,” Advani said.

“We’re thrilled to have David join the team to help tailor just these sorts of handmade Turks & Caicos experiences.”

In years past, people would call and ask for a presentation, and with rare exception, he’d work the event into his schedule. In his new role, guests at Grace Bay Club, West Bay Club or The Residences will essentially book a presentation as part of their stay on Providenciales.

On many other Caribbean islands, “the culture is right in their face when (visitors) go outside the hotel,” Bowen said. “Here it is not so apparent.”
His presentations are a perfect way to ori­ent tourists to the history, heritage and spirit of the islands, he said. 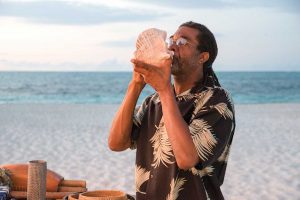 “I think too often we rely just on events and festivals, celebrations where the tourists come and they don’t really get the back­ground information on us. This way I can give them more detailed, correct informa­tion on the culture, history and the heritage. It’s a one-on-one thing, you know.”

Bowen’s roots in the islands run deep. Raised in an extended, traditional Grand Turk family in the 1950s and 1960s, he was a high schooler before he moved to the Bahamas full-time. That’s where he was discovered as a talented dance prospect, making his way to New York City via a series of scholarships. From there he set off around the globe with touring dance companies, eventually taking up residencies in Sweden, India and – ultimately – Japan. He spent a decade there before returning to care for his grandmother on Grand Turk in 1997. He didn’t think it would be forever. But he stayed.

With first-hand experience of Turks and Cai­cos before the development of the modern tourism industry, Bowen’s childhood memo­ries include rapidly fading folkways that date back to the 18th century. Interpreting and preserving that heritage has become some­thing of a mission for him, with occasionally surprising and enduring expressions. For instance, Bowen personally designed the TCI’s national dress – a white salt-raker’s outfit for men, a big-sleeved white dress for women. The colored ribbons symbolize individual islands.

When – after telling the story of the conch and its place in TCI culture – Bowen purses his lips and blows through its shell, the sound that emerges comes directly from an otherwise forgotten past: One series of pitches and patterns announces a fresh catch of fish.

Another long, steady tone warns fellow watermen of an approaching storm. Change happened here slowly, then all at once, but with each repetition to new ears, the islands’ heritage endures.
“We are now more multicultural, and that is now the key. How do we now embrace all of that? Because it is now part of the fabric of who we are.
“I don’t know everything, but I do my best to give authentic clarity to what I know of my TCI culture,” he said. “I’m very proud of that.”