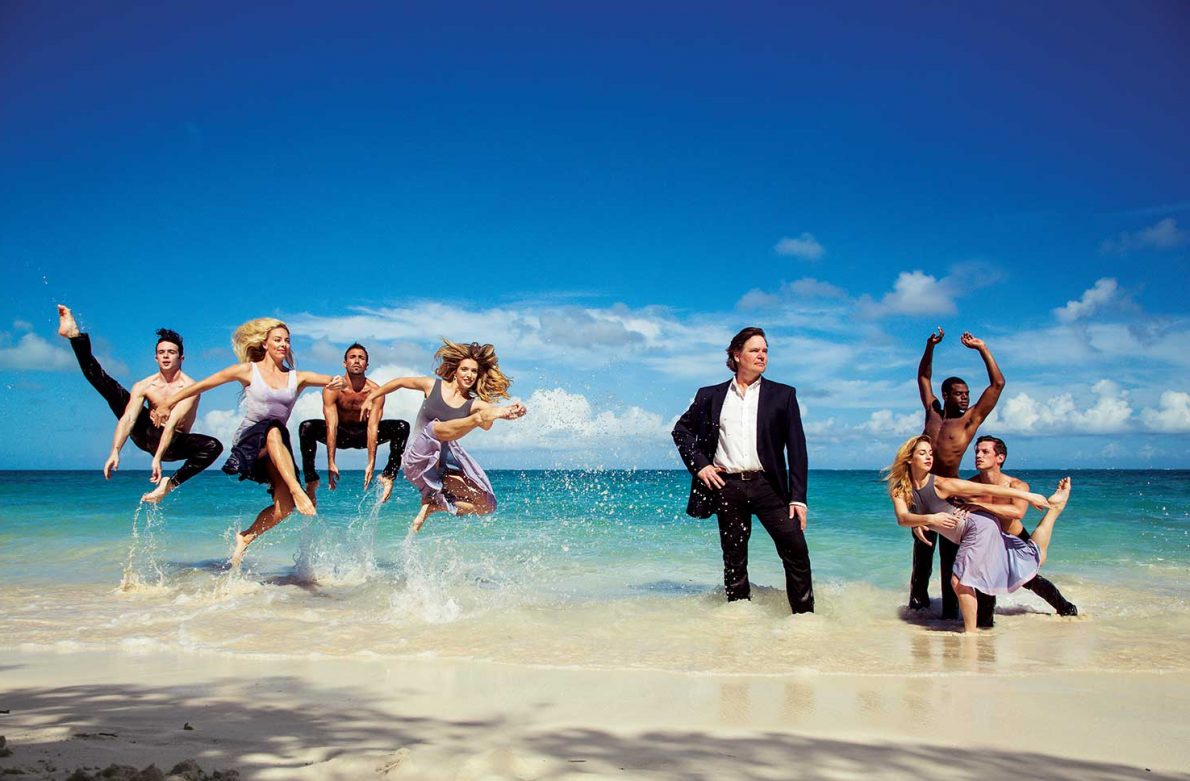 In “Caught,” David Parsons’ most famous recent work of choreography, dancers captured in strobe light fly above a darkened stage, each leap frozen at its perfect apex and expression. “Caught” is dance distilled to a new essence: Achingly beautiful, yes, but also profoundly isolated.

So one of the many happy surprises from the David Parsons Dance Company’s two-week residency on Providenciales last December was this revelation: Whatever else David Parsons and his troupe of dancers may be, “isolated” is not one of them. It’s hard to recall a traveling group of artists that engaged more deeply with the local community. 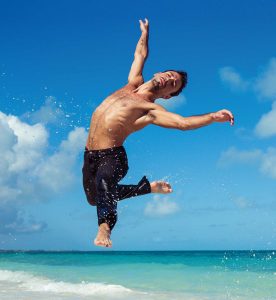 (above) David Parsons and current members of his renowned Parsons Dance Company take posing for photos to a new level in front of Stargazer Villa. The dancers rehearsed for their island performances in the villa’s studio on International Drive.

Parsons’ company has been at the apex of the dance world for decades, and it can be lonely at the top. But you sit down for a few minutes with the man, and one thing immediately comes into focus: Engaging with others isn’t just the company’s public relations policy, it’s the heart of its creative process.

Parsons has been in the dance mix since the 1970s, working his way up to lead dancer with a premier company and co-founding his own company with lighting designer Howell Brinkley in 1985. The company soon took its place among the most acclaimed dance troupes in the world, performing on five continents and taking commissions from elite dance outfits, including the American Dance Festival, the Alvin Ailey American Dance Theater, the New York City Ballet and the Paul Taylor Dance Company. Parsons’ works have been staged by companies from Amsterdam to Paris to Israel.

Dance may be a global art form, but it’s also a small world. Parsons made his way to Turks and Caicos by just two degrees of separation: Randy Schwartz (first degree), who was presenting Parsons’ New York- based company in Philadelphia, conveyed an invitation from (second degree) Barbara Pankhurst, co-founder (with husband Mark Pankhurst) of Turks & Caicos Friends of the Arts. Pankhurst, a retired professional dancer, caught a performance in Philadelphia, and immediately thought of bringing the troupe down for the Friends of the Arts.
“We said we would love to do it and we could make it work if we could prepare for our New York season (the following month),” Parsons said.

Pankhurst, who called the residency “a coup for the Turks and Caicos,” laid out the schedule: Rehearsals, giving free dance workshops for children, “and getting ready for a highly technical, beautiful, and joyful performance at Brayton Hall.”

For Parsons, it meant a chance to dive into a new culture, a new environment, a new energy. 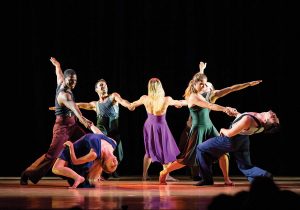 The Company had two stunning performances at Brayton Hall to engage the community and raise funds to support the Turks and Caicos Friends of the Arts.

“So rehearsals, and then two shows here, and outreach, and what I like to call ‘helping Mark:’ Icing down coolers, moving trucks. I mean (Mark Pankhurst) is amazing. I did the TCFAF Art Fair with him, and we’re talking, cooking hamburgers, moving tables, setting up audio equipment. For me, that’s fun. We are usually playing big houses, so I don’t usually do any of that. It’s a way to meet the community, and that is kind of who I am. I’ll get down and dirty.”

That Dec. 11-12 weekend of world-class dance included performances of “Caught,” and a Maskanoo-inspired dance co-choreographed during the residency by Parsons and David Bowen, a former professional dancer and the TCI’s longtime minister of culture.

Parsons struggled to describe the significance of working with Bowen again, “because we worked in New York in the early 1980s together as young men trying to find our way. There is something about people in the performing arts who see each other through the years. You are like brothers.”

It was moving, he said, “to see how he keeps the culture alive with his dance and with the Maskanoo festival, and how he helps young people to understand the culture.”

In retrospect, the visit was something of an idyllic blur for Parsons and his seven dancers. Free classes filled to overflowing with enthusiastic students. Collaboration and exploration with new artists. Dinners together. Grace Bay at its winter best. And then the shocking outpouring of energy from the audience at Brayton Hall. “It was like rock and roll,” Parsons said. “We weren’t expecting that.

“There’s a certain community here – a dance community, a theater community – that really appreciated us. That’s what we felt. It’s like, ‘Where are all these dance and theater people coming from?’ Parsons said his dancers saw the excitement reflected in “every little eyeball we looked at (from the stage).”

Parsons hopes to book a return visit by the company in November. Until then, the David Parsons Dance Company is on the road, touring with new material that traces some of its roots back to the TCI. 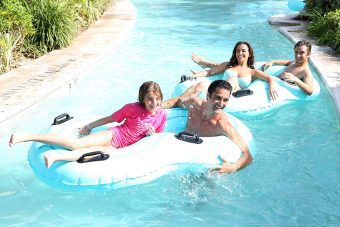 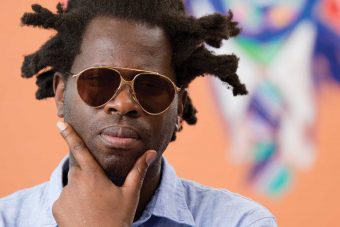 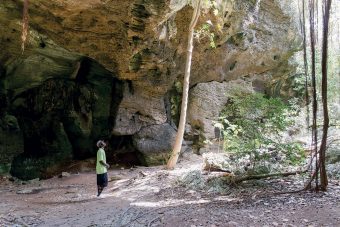 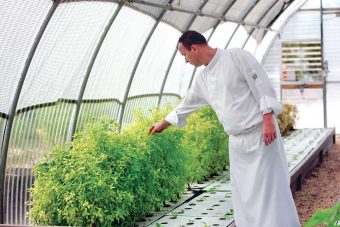